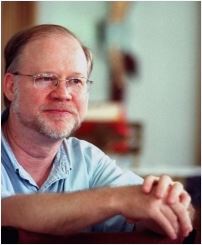 Be­fore his sal­vation in 1980, David struggled with a serious bondage to pornography and other sexually addictive behaviors. He is the author of Sex­u­al Healing: A Biblical Guide to Finding Freedom from Sexual Sin and Brokenness, which has been made into an “Angel Award” winning video and audio course and has been used by Prison Fellowship, Insight for Living, Jesse Duplantis and Josh McDowell Ministries, Teen Challenge, Exodus International, Youth With a Mission and many other ministries.? His most recent book, Transformed Into His Image: Hidden Steps on the Journey to Christlikeness, shows believers how to live the life of holiness that God desires, and has a Foreword by Dr. J.I. Packer.

David has served as adjunct professor at Asbury Theological Seminary, The Bi­ble In­sti­tute of Ha­waii, Logos Christian College & Graduate School and Trinity Episcopal School for Ministry and currently serves on the faculty of the Wagner Leadership Institute.

His magazine articles have appeared in New Man, Charisma, Touchstone, Rev Magazine, Sursum Corda, and Youth Ministry Update. He has spoken worldwide on the healing of sin and brokenness, has appeared on The 700 Club, The Dr. Phil Show, The Coral Ridge Hour, The Abundant Life, Cope, His Place, Home Life, and has been the host of Covenant Award winning “Mastering Life” on the Focus on the Family Radio Network.

David founded Mastering Life Ministries in 1987 and has been its director ever since. He is also the producer and host of “Pure Passion” – a televised outreach designed to equip the church to redemptively minister to those who are trapped in sexual sin and brokenness. “Pure Passion” made its national debut on the Christian Television Network, Cornerstone TeleVision Network, The NRB Network (Direct TV), Russian Christian TV (Russia), The Miracle Channel (Canada) and Sky Angel satellite systems in 2006. In 2007, the Alfa Omega TV Network began broadcasting “Pure Passion” in Romania and Moldova. The goal of the program is to tell the world of God’s grace and love through Jesus Christ and His power to set anyone free from any sin or bondage. Dr. Foster makes his home in Nashville, TN.