The HOPE2023 Conference will be held Online

9am through 3pm Mountain time (Denver) 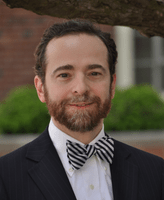 Robert A. J. Gagnon is a Professor of Theology for Houston Baptist University's School of Christian Thought. Previously, Robert has been Associate Professor of New Testament at Pittsburgh Theological Seminary (1994 - 2017) after a one-year position as Visiting Professor of Religion at Middlebury College in Vermont.

He is the author of The Bible and Homosexual Practice: Texts and Hermeneutics (Abingdon Press); co-author (with Dan O. Via) of Homosexuality and the Bible: Two Views (Fortress Press); and, as a service to the church, provides a large amount of free material on the web dealing with Scripture and homosexuality. In addition, he has published scholarly articles on biblical studies in Journal of Biblical Literature, New Testament Studies, Catholic Biblical Quarterly, Novum Testamentum, Zeitschrift für die Alttestamentliche Wissenschaft, Horizons in Biblical Theology, and The Christian Century. He is also author of article-length encyclopedia entries in Dictionary for Theological Interpretation of the Bible (Baker/SPCK), New Dictionary of Christian Apologetics (IVP), Oxford Handbook of Evangelical Theology (Oxford University Press), and Encyclopedia of Christian Civilization (Wiley-Blackwell). In addition, he has been quoted in, or has written for, the New York Times, National Public Radio, CNN, U.S. News and World Report, Christianity Today, Christian Century, and other news outlets and popular magazines.

Robert is an ordained elder at a Presbyterian Church (USA) in Pittsburgh. For more info about Dr. Gagnon, visit RobGagnon.net

For decades, Linda felt like a man trapped in a female body and was exclusively attracted to women. Today, she is content in a female body and wholly attracted to men, offering a unique, compassionate perspective as one who once struggled with her own sexuality and gender identity. An ordained Assemblies of God minister, Linda shares candidly from her own struggles coupled with a strong scriptural foundation and the latest scientific research regarding the origins of same-sex attractions and transgender desires.

Linda earned a PhD from the Assemblies of God Theological Seminary, writing her dissertation on 30 case studies of men and women who were once same-sex attracted and have experienced transformation. Dr. Seiler’s training seminar "Compassion without Compromise: A Christian Response to Homosexuality" (available at lindaseiler.com) and forthcoming book (2021) are based on her personal experience combined with the latest academic research. Linda is an avid golfer, dark chocolate lover, and cat mom to feline Facebook sensations Bo & Tabby.

For more info about Dr. Seiler as well as helpful resources on LGBT issues, visit www.lindaseiler.com.

Dr. Van Meter graduated from the College of William and Mary in 1969. He attended the Medical College of Virginia where he received his medical degree in 1973. Dr. Van Meter did his pediatric internship in 1973-1974 and his pediatric residency in 1974 to 1976 at the Naval Regional Medical Center in Oakland, through the University of California, San Francisco. He completed his pediatric endocrinology fellowship from 1978 to 1980 at The Johns Hopkins University School of Medicine Hospital.

Dr. Van Meter worked as a staff pediatric endocrinologist at the Naval Hospital in San Diego from 1980 to 1986 and was Chairman and Director of the residency training program at the Naval Hospital Oakland from 1986 to 1991. In 1991, he retired from a 20-year career in the Navy Medical Corps and moved to the Atlanta area where he joined the Fayette Medical Clinic as a Pediatrician and Pediatric Endocrinologist. To better serve the ever-expanding population of pediatric patients with endocrine disorders, he developed his own full-time endocrine practice - which today bears his name. He is a clinical associate professor of Pediatrics at both the Emory University and Morehouse Schools of Medicine.

Dr. Van Meter has been campaigning around the world to educate health care professionals about the harm of affirmation of gender incongruences. Dr. Van Meter is also the President of Amercian College of Pediatricians.

Quentin and his wife Kathy have been married 47 years, and have four grown children and four grandsons.  They are active members of the parish of the Cathedral of Christ the King in Atlanta, where Quentin is a member of the choir.  His youngest daughter, Mary, is a nurse practitioner in his office. 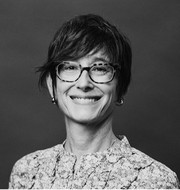 Elizabeth and her husband, Doug, have been at Bethel Church, Redding since 2013. Alongside Ken Williams, she is co-founder of Equipped to Love and CHANGED Movement, two organizations with a primary focus on the LGBTQ issue and those who have been impacted by it. Elizabeth also teaches at the Bethel School of Supernatural Ministry, and is a member of the Moral Revolution team. She holds a master’s degree in Theology.

Elizabeth is passionate about the intersection of LGBTQ and Christianity in our culture and assists those wishing to engage and better understand the complexities of sexual and gender identity. Her heart is to see the LGBTQ community fully reconciled to God and to explore compassionate means of connection to those who disagree with Christian beliefs.

As a young woman in her 20s, Elizabeth “came out” as a lesbian and attended a Presbyterian Church (USA) seminary openly gay. In the early 2000s, she lobbied for gay marriage and the ordination of LGTBQ-identifying individuals and ministered among gay-identifying youth, espousing a theology that embraced homosexuality. She later served as a youth pastor in a small rural community where an encounter with Jesus radically shifted her perspective. The love of God drew her into a revelation that fueled an unexpected journey out of the gay community and transformed her life. Today, she no longer identifies as lesbian and has been married to her husband, Doug, for 16 years. To learn more about Elizabeth visit her website.

Audio or video recording and any form of media interview are not permitted unless expressly pre-approved and in the manner approved in writing by the Restored Hope Network Board of Directors. Under no circumstances shall attendees be solicited for interviews prior to, during, or after the conference. To request permission for interviews, contact info@restoredhopenetwork.org. However, individual registrants attending the conference are permitted to record portions of the conference (on the stage or workshop teachings) for their own non-commercial purposes.

Failure to abide by this Media Code of Conduct is grounds for immediate dismissal from the online conference. Anyone who is dismissed for violation of the Media Code of Conduct will not be eligible for refunds. Commercial use of media is prohibited unless previously approved in writing by the Restored Hope Network Board of Directors and may result in civil or criminal penalties governed by laws of the State of Missouri. Attendance at the Restored Hope Network event is an agreement to these policies.